Recently, professor dr. Bastiaan Bloem and dr. Rick Helmich published an article about the hidden sorrows for people with Parkinson’s in times of COVID-19.

I found the article very illustrative of the dilemma people with Parkinson’s find themselves in – and not only in times of corona – so I wanted to highlight it in a visual expression and thus make the information accessible to another public. If you click on the poster below, it will open as a PDF in a separate window. 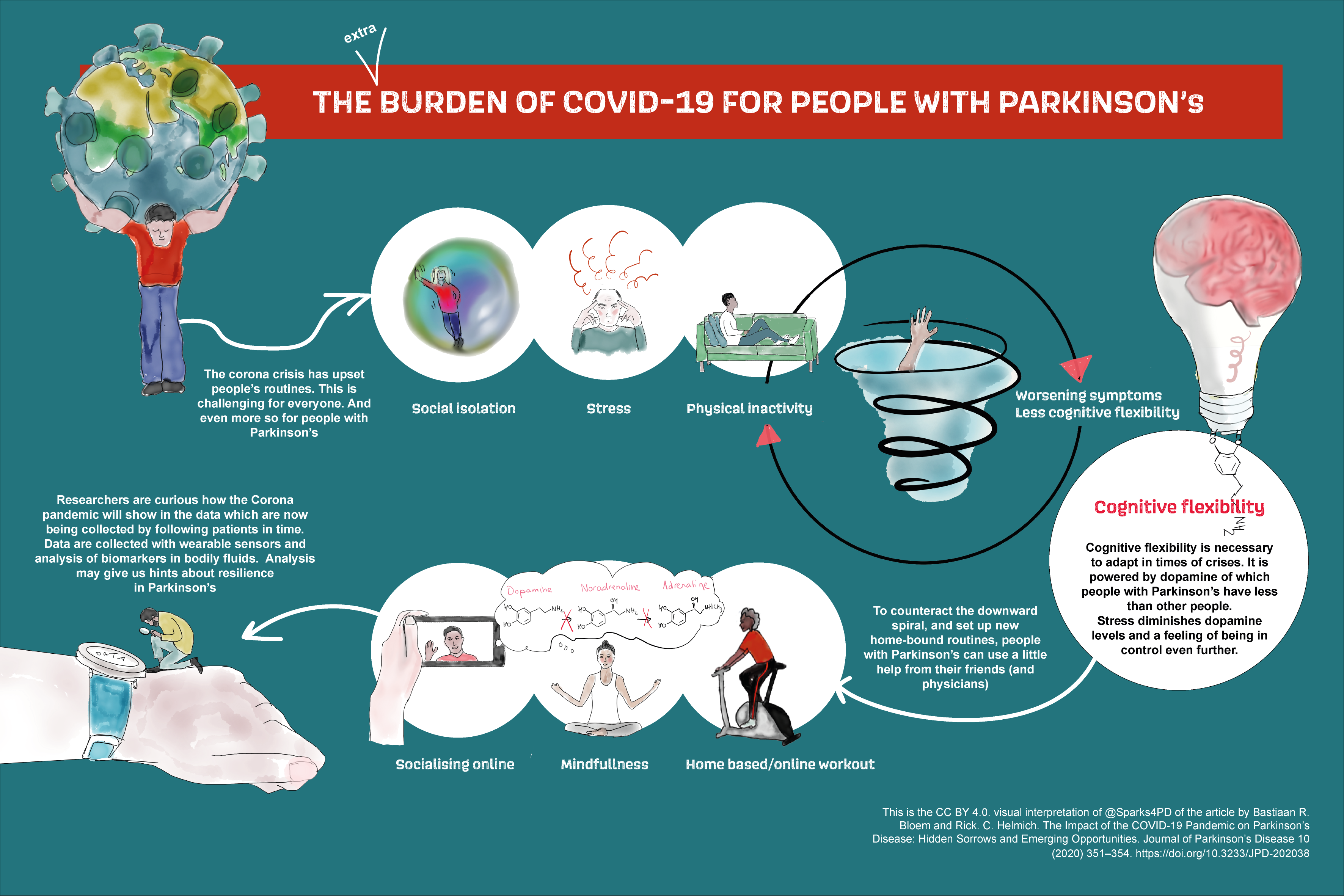 The (extra) burden of COVID-19 for people with Parkinson's (Poster)

The benefits of an afternoon at the drawing table are enormous. Apart from enjoying the connections my brain makes while drawing itself, the result also allows me to explain to my friends what makes Parkinson’s so damn difficult at times.

What I didn’t see coming was the question by the EPDA to make Spanish and Portuguese translations of the poster. The English text on the poster really doesn’t seem to be that complicated and still people prefer to read it in their mother tongue! This fact makes me aware of the privileged position native English speakers find themselves in. I feel that people who speak English expect that people with a different mother tongue will come over to their language territory. But will they? Or how easily?

When I analyse the so called altmetrics of the article by Bas Bloem and Rick Helmich, I get the following picture: 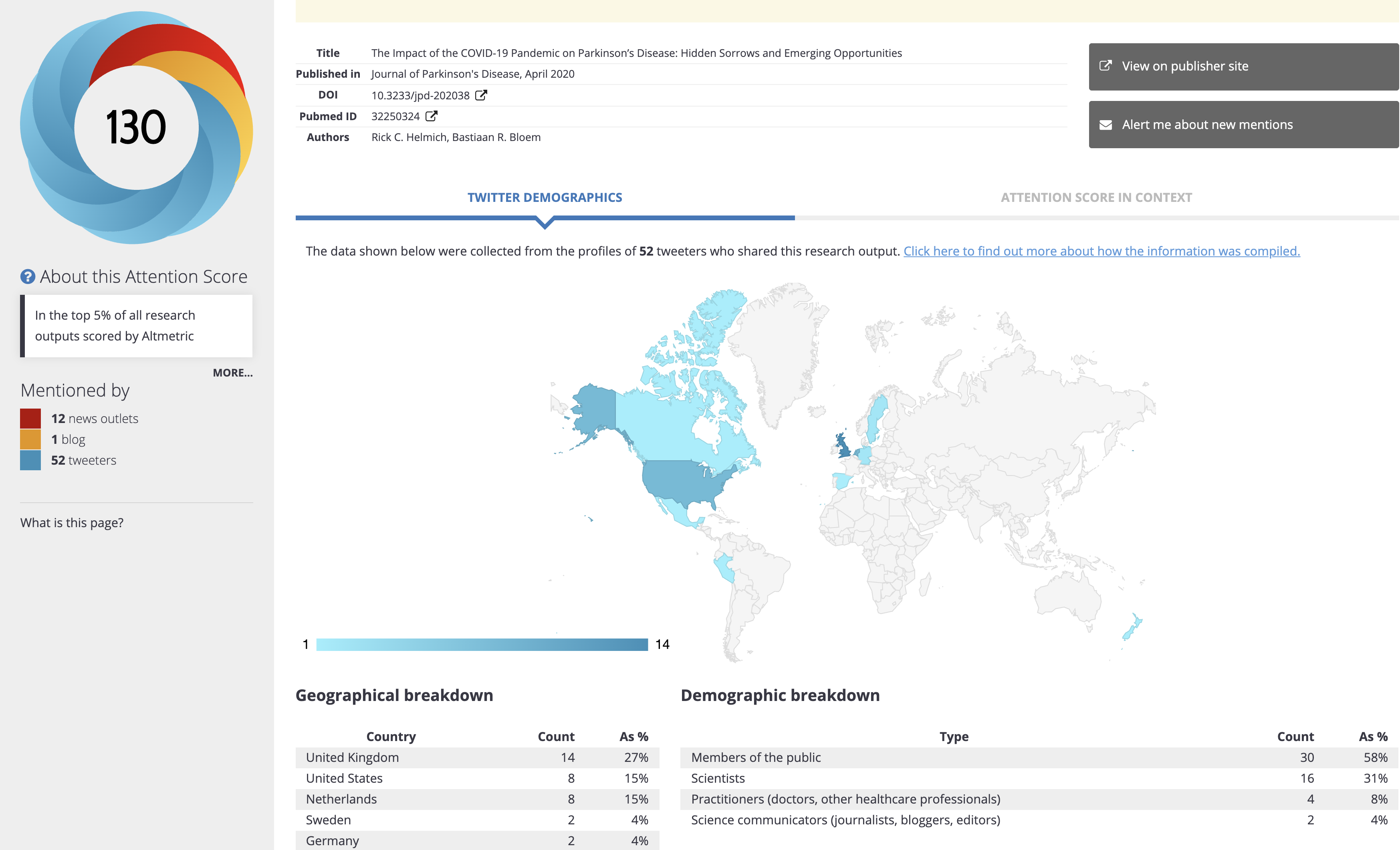 Still, for me, on #WorldParkinsonsDay2020 it does seem a good question to be asking ourselves:

I’d love to hear your thoughts in the comments!

In the meantime, I will be on the lookout for a PwP on each of the 7 continents. I’m really curious to hear how they experience Parkinson’s.

Take me back Home